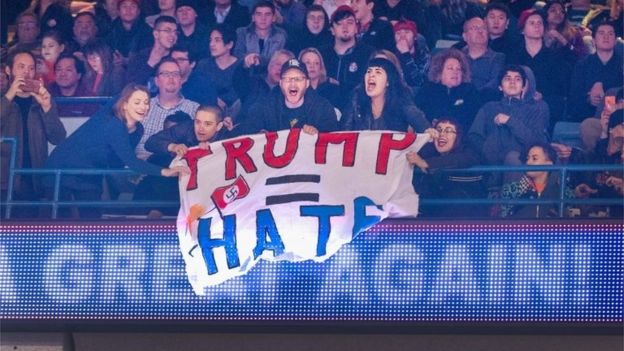 The Decline of the First Amendment

We see that the controlling of free speech is often used in Communist and totalitarian nations. We only have to turn to modern day China to see the affects of free speech in a Communist nation. We just simply need to look at some Middle Eastern countries and how they stop speech in an effort to control masses. The freedom of speech is essential to freedom overall.

The problem today in America is that slowly, we are losing free speech. But not directly through government laws, but rather a culture that is too easily offended and polarized. As that culture continues to hold on to those beliefs and gets into power, they begin to shred those rights through a variety of ways.

As a Christian I remember in the 80s and 90s, events and artwork that was offensive to Christians. Christians often protested, but Christians were told to shut up because these others had the right to their “free speech.” They were right. Christians also had the right to be offended and to protest. When The Last Temptation of Christ came out there was a huge push for Christians to boycott the movie AND Universal. The movie still came out but the theater release was dramatically reduced — maybe due to the boycott, but maybe it was just because it wasn’t that great of a movie also in the end. When crucifixes were placed in bottles of urine as art, Christians were told to sit down and shut up. When TV started allowing the use of God’s name in vain and started pushing the boundaries, Christians were told to sit down and shut up. For years and still today, when Christians try and share the Gospel, they are often told that they shouldn’t shove their beliefs down other people’s throats and to sit down and shut up. I often see pro-abortion protestors yelling at pro-lifers to “shut up” and get used to the fact that Roe v Wade is law (that’s also what the Democrats told Republicans in the 1860s about slavery). Christians have learned to to be offended but keep it to ourselves (for the most part) because to protest would result in the same response, “sit down and shut up.”

With the growth of social media, the concept of “sit down and shut up” has changed a bit. Now, if people don’t like what you say, you can argue, or just no longer follow.  I’m pretty sure I have friends on Facebook who no longer allow my posts in their news feeds .Suddenly we are creating an environment where we only want to listen to people we agree with. For our sanity and blood pressure, that’s sometimes a good thing. But it’s also caused us as a society to create bubbles around ourselves. How many of these “bubble” people read articles and concepts that are opposite of their beliefs?

In colleges, we now have the concept of “safe spaces” where people can share their opinions in a “safe environment.” No longer are colleges about pushing the boundaries of your mind, to get you to think differently (even if it was to think liberally), it is now a place to only think liberally and attempts to push opposing viewpoints out so as people won’t be offended.

Friday, March 11, 2016 was another one of those moments where the freedom of free speech is being culturally destroyed because people disagree. It’s a shame. I don’t like Trump…I think Trump is not the right man for the Presidency. I could go on forever as to why, but suffice it to say — he’s not a Conservative Constitutionalist. BUT what happened at his (almost) rally was a disgrace (including previous rallies where people have been hurt by Trump supporters).

During the Iraq War under George W Bush after 9/11, I remember a time where people would say that if you disagreed with the war you were not patriotic. I remember in those conversations that those who didn’t agree with the war would say that by calling them unpatriotic it was in affect “hurting their feelings” and was “offensive” (my words on how it was coming across to me) and that by calling them unpatriotic it was creating an environment of destroying free speech.  Absurd!

In other words, it was okay for people to have free speech against the war, but it was not okay for people have free speech against those against the war by declaring them unpatriotic. Their feelers were hurt and the rhetoric from the right was “abusive” (again my word). Republican Bush didn’t do what Democratic Woodrow Wilson did by getting a sedition act passed that made it illegal to talk negatively against the government and the military. Bush’s IRS didn’t do what Obama’s IRS did in the last 8 years against Conservative non-profits to help stop speech that is not liked.

You see, our forefathers didn’t believe in censoring speech. There is quote after quote from them about the importance of free speech, particularly against government. But I think Benjamin Franklin says it best: “Whoever would overthrow the liberty of a nation must begin by subduing the freeness of speech.”

Anyone, Republican or Democrat, Conservative or Progressive or Libertarian, who attempts to block speech because it is offensive or hateful is walking a dangerous line of authoritarian and/or totalitarianism. It is a step toward the destruction of our first amendment right.

Dangers of “Name It & Claim It”

The End and Beginning of an Era